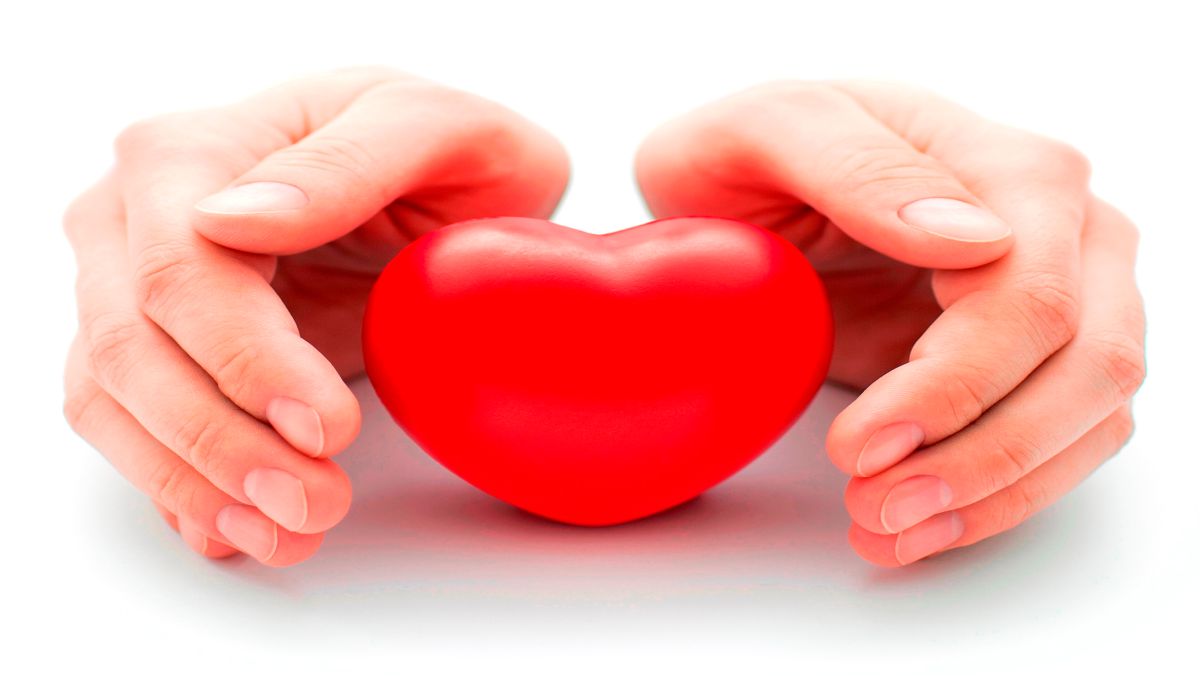 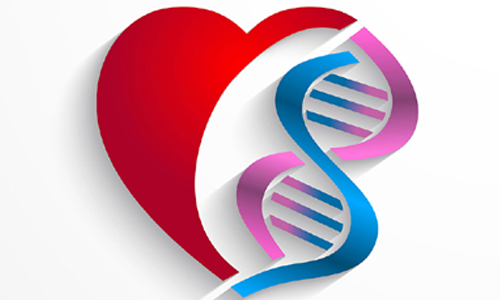 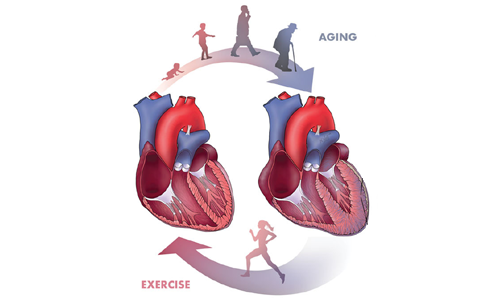 Age is the most important risk factor in developing cardiovascular or heart diseases, with approximately a tripling of risk with each decade of life. Coronary fatty streaks can begin to form in adolescence. It is estimated that 82 percent of people who die of coronary heart disease are 65 and older. Simultaneously, the risk of stroke doubles every decade after age 55.
In men, this increase levels off around age 45 to 50 years.
In women, the increase continues sharply until age 60 to 65 years.

Men are at greater risk of heart disease than pre-menopausal women. Once past menopause, it has been argued that a woman's risk is similar to a man's although more recent data from the WHO and UN disputes this. If a female has diabetes, she is more likely to develop heart disease than a male with diabetes.

Coronary heart diseases are 2 to 5 times more common among middle-aged men than women. Among women, estrogen is the predominant sex hormone. Estrogen may have protective effects on glucose metabolism and haemostatic system, and may have direct effect in improving endothelial cell function. The production of estrogen decreases after menopause and this may change the female lipid metabolism toward a more atherogenic form by decreasing the HDL cholesterol level while increasing LDL and total cholesterol levels.

Among men and women, there are differences in body weight, height, body fat distribution, heart rate, stroke volume, and arterial compliance. In the very elderly, age-related large artery pulsatility and stiffness is more pronounced among women than men. This may be caused by the women's smaller body size and arterial dimensions which are independent of menopause. 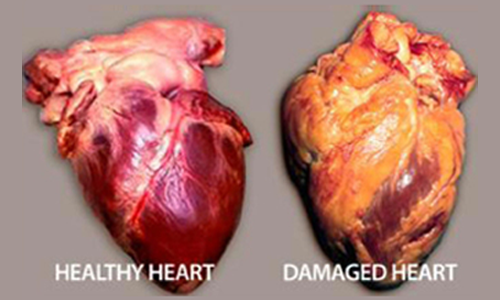 Cigarettes are the major form of smoked tobacco. Risks to health from tobacco use result not only from direct consumption of tobacco, but also from exposure to second-hand smoke. Approximately 10% of cardiovascular disease is attributed to smoking; however, people who quit smoking by age 30 have almost as low a risk of death as never smokers. 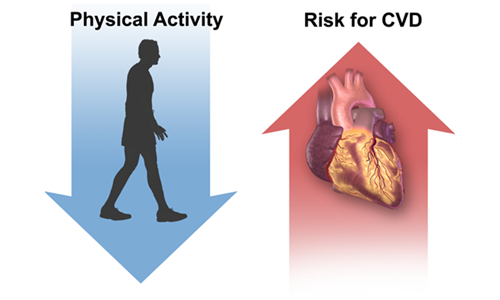 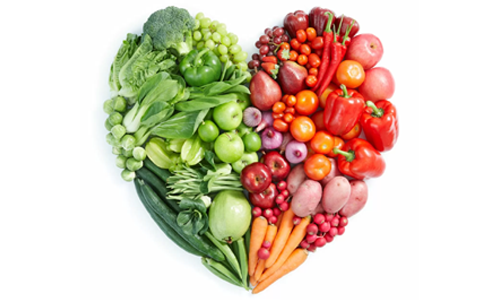 High dietary intakes of saturated fat, trans-fats and salt and low intake of fruits, vegetables and fish are linked to cardiovascular risk, although whether all these associations indicate causes is disputed. The World Health Organization attributes approximately 1.7 million deaths worldwide to low fruit and vegetable consumption.

Frequent consumption of high-energy foods, such as processed foods that are high in fats and sugars, promotes obesity and may increase cardiovascular risk. The amount of dietary salt consumed may also be an important determinant of blood pressure levels and overall cardiovascular risk.

There is moderate quality evidence that reducing saturated fat intake for at least two years reduces the risk of cardiovascular disease. High trans-fat intake has adverse effects on blood lipids and circulating inflammatory markers, and elimination of trans-fat from diets has been widely advocated. 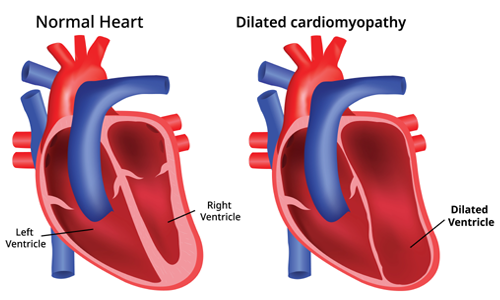 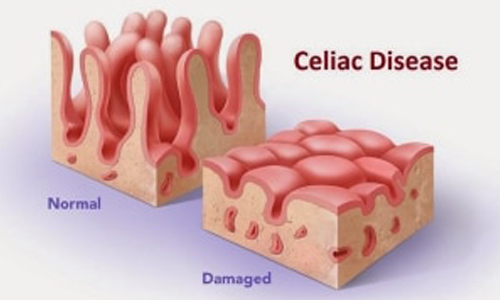 Not getting good sleep, in amount or quality, is documented as increasing cardiovascular risk in both adults and teens. Recommendations suggest that Infants typically need 12 or more hours of sleep per day, adolescent at least eight or nine hours, and adults seven or eight. About one-third of adult get less than the recommended seven hours of sleep per night, and in a study of teenagers, just 2.2 percent of those studied got enough sleep, many of whom did not get good quality sleep. Studies have shown that short sleepers getting less than seven hours sleep per night have a 10 percent to 30 percent higher risk of cardiovascular disease.

Sleep disorders such as sleep disordered breathing and insomnia, are also associated with a higher cardio metabolic risk.
Socioeconomic disadvantage

Particulate matter has been studied for its short- and long-term exposure effects on cardiovascular disease. Currently, airborne particles fewer than 2.5 micro meters in diameter (PM2.5) are the major focus, in which gradients are used to determine CVD risk.