What exactly is spirulina?
Spirulina is one of the oldest life forms on Earth. In fact, this blue-green microalgae is partly responsible for producing the oxygen in the planet’s atmosphere that billions of years ago allowed the planet’s originating life forms to develop. Spirulina is the world’s first superfood, and one of the most nutrient-rich foods on Earth.

Spirulina has between 55 and 70% protein (more than beef, chicken, and soybeans), 9 essential and 10 non-essential amino acids, as well as high levels of gamma-linolenic acid (GLA), beta-carotene, linoleic acid, arachidonic acid, vitamin B12, iron, calcium, phosphorus, nucleic acids RNA & DNA, chlorophyll, and phycocyanin, a pigment-protein complex that is found only in blue-green algae.

It is a type of bacteria called cyanobacterium, are a phylum of bacteria that obtain their energy through photosynthesis and are the only photosynthetic prokaryotes able to produce oxygen. The name cyanobacteria come from the colour of the bacteria which is often referred to as blue-green algae.

Spirulina was consumed by the Aztecs back in the day, but became popular again when NASA proposed that it could be grown in space and used by astronauts.

What Are the Benefits of Spirulina?

Spirulina provides a wide range of health benefits almost immediately upon ingestion. It provides a near-instantaneous boost to one’s energy, while helping to improve endurance and reduce fatigue. It helps improve the immune system, and provides exceptional support for the heart, liver, and kidneys. Spirulina is also a natural detoxifier, oxygenating the blood, and helping cleanse the body of toxins and other impurities that may be causing illnesses or other health complications.

Spirulina is also a natural appetite suppressant, and it helps to improve the body’s digestive system. It also has very powerful antioxidant properties and it helps to balance the body’s pH, thereby reducing inflammation throughout the body in a safe and chemical-free way.

Spirulina is a safe and effective super food that is highly digestible, with no side effects. It does, however, contain iodine, so those allergic or sensitive to iodine should avoid taking it.
Spirulina Is Extremely High in Many Nutrients
A standard daily dose of spirulina is 1-3 grams, but doses of up to 10 grams per day have been used effectively.

Spirulina is very rich in proteins (60-70% of its dry weight) of high biological value, containing all of the essential amino acids neededby both adults and children. Spirulinamembrane is easily dissolved by gastric acid, which ensures that these 20 amino acids are assimilated well by the body.

The lipids in spirulina represent 2-4% of its total weight. They feature an ideal balance between omega-3 and omega-6 fatty acids, which promotesgood cardiovascular health. Spirulina is particularly rich in essential fatty acids, with a high content of alpha-linoleic acid (ALA) and gamma-linoleic acid (GLA), which play a role in hormone synthesis. GLA can be found only in borage, evening primrose, and blackcurrant oils, in breast milk, and in spirulina. Dihomo-gamma-linoleic acid (DGLA), in particular, is present only in breast milk and spirulina. These fatty acids are either provided by the diet or formed by the body using omega-6.

Studies have shown that spirulina can lower triglycerides and LDL cholesterol, and sometimes may raise HDL (the “good”) cholesterol. Spirulina Protects LDL Cholesterol From Becoming Oxidized.

Spirulina represents one of the best sources of vegetable protein.

Carbohydrates represent 1.5% of our body weight and provide a direct energy supply from food. When glucose is consumed, a portion of it is immediately integrated into our cells thanks to insulin, while the rest is stored in the liver and muscles as glycogen –the form of energy reserves that is quickly accessible by the body.

The most interesting vitamins present in Spirulina are:

Vitamin A (for the skin and eyes):
In the form of β-carotene, precursor to vitamin A. Since spirulina contains this precursor, rather than the vitamin itself, one’s actual vitamin A intake gets adapted to one’s needs – making hypervitaminosis (at pathological levels) impossible, unlike with other vitamin supplements.

Vitamin B1 : (Thiamin)
Spirulina is the second-best source of vitamin B1 – only brewer’s yeast contains more.

Vitamin B2 : (Riboflavin)
Spirulina is the food with thefourth-richest vitamin B2 content.

Spirulina contains two forms of vitamin B12, cobalamin and pseudo-cobalamin, each with its own particular role.

Minerals constitute 6% of our body weight. They are found in particularly large amounts in the skeletal system, and must be taken in as part of one’s diet. The most interesting minerals present in spirulina are the following:

Calcium:
Spirulina contains as much calcium as whole milk.

Iron:
Spirulina contains iron that is highly assimilable by the body.

Spirulina is a type of blue-green microalgae that contains a large number of pigments.

Phycocyanin:
The most extraordinary component of spirulina, with anti-inflammatory and antioxidant effects as well as numerous other benefits. Oxidative damage can harm our DNA and cells.This damage can drive chronic inflammation, which contributes to cancer and other diseases

Carotenoids:
This family of pigments includes β-carotene, which is especially well represented in the composition of spirulina – containing 20-25x as much β-carotene as carrots.

Chlorophyll:
The photosynthesis pigment, which makes up 1% of spirulina.

Spirulina Appears to Have Anti-Cancer Properties, Especially Against Oral Cancer

Some evidence suggests that spirulina can have anti-cancer properties.Spirulina has been particularly well studied with regard to oral cancer, which is cancer of the mouth.

One study looked at the effects of spirulina on 87 people from India with precancerous lesions called OSMF in the mouth.After using 1 gram per day for 1 year, 45% of the spirulina group had a complete regression of lesions in the mouth, compared to only 7% in the control group. When they stopped taking the spirulina, almost half of the responders developed these lesions again the following year.

Allergic rhinitis is characterized by inflammation in the nasal airways.It is triggered by environmental allergens, such as pollen, animal hair or even wheat dust. 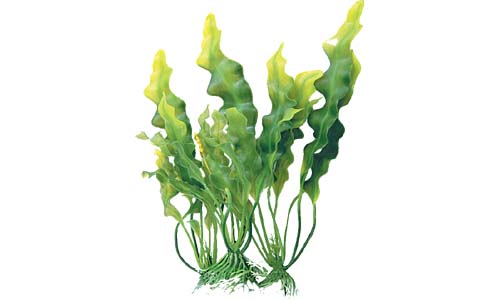