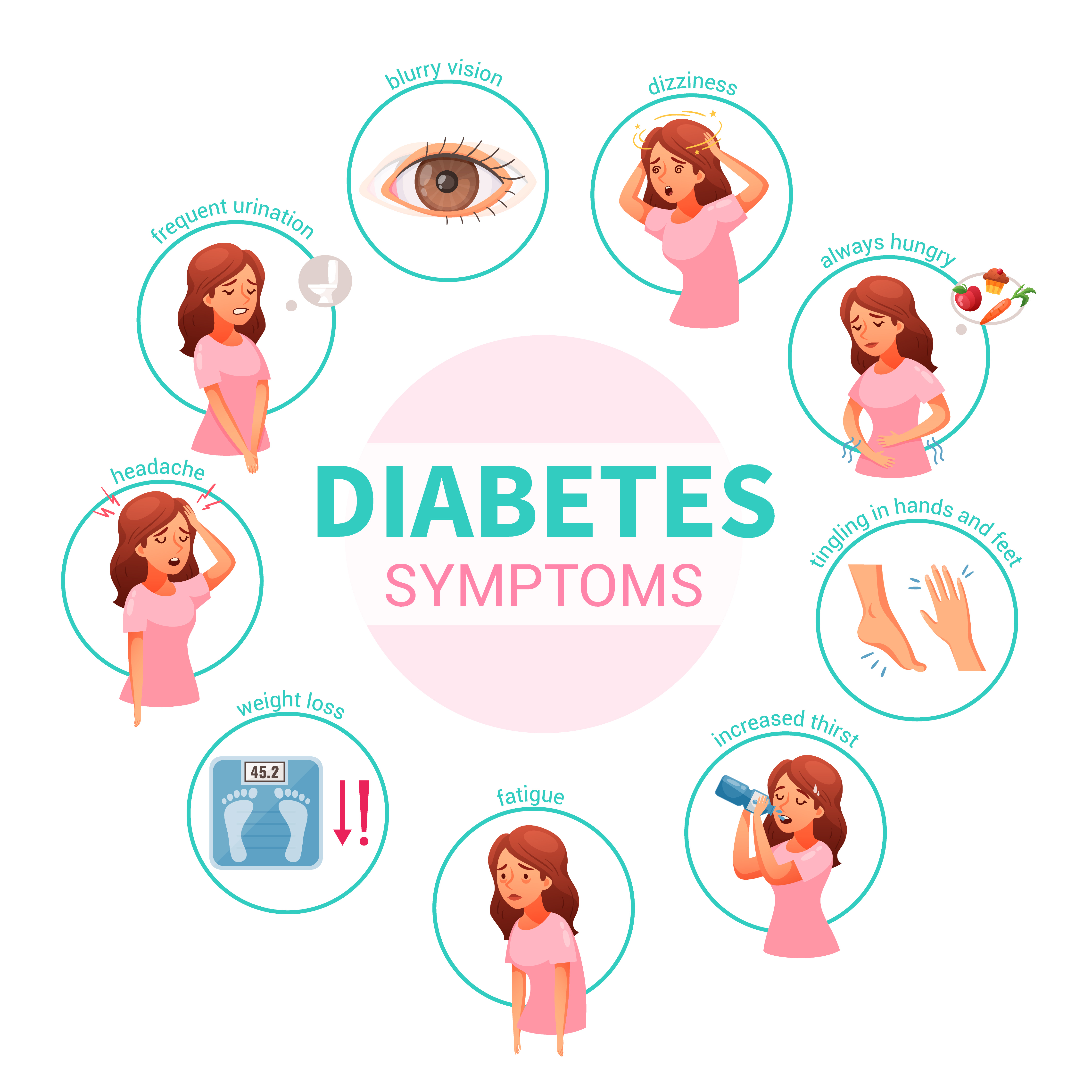 Diabetes, often referred to by doctors as diabetes mellitus, describes a group of metabolic diseases in which the person has high blood glucose (blood sugar), either because insulin production is inadequate, or because the body's cells do not respond properly to insulin, or both. Patients with high blood sugar will typically experience polyuria (frequent urination), they will become increasingly thirsty (polydipsia) and hungry (polyphagia).

Here are some key points about diabetes. More detail and supporting information is in the main article.

There are three types of diabetes: 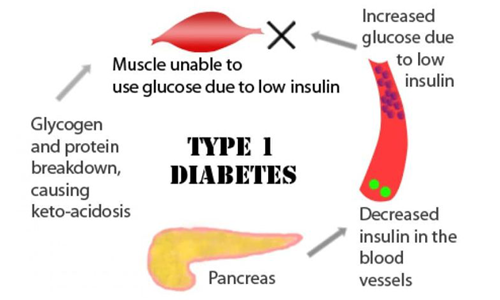 The body does not produce insulin. Some people may refer to this type as insulin-dependent diabetes, juvenile diabetes, or early-onset diabetes. People usually develop type 1 diabetes before their 40th year, often in early adulthood or teenage years.

Type 1 diabetes is nowhere near as common as type 2 diabetes. Approximately 10% of all diabetes cases are type 1.

Patients with type 1 diabetes will need to take insulin injections for the rest of their life. They must also ensure proper blood-glucose levels by carrying out regular blood tests and following a special diet. 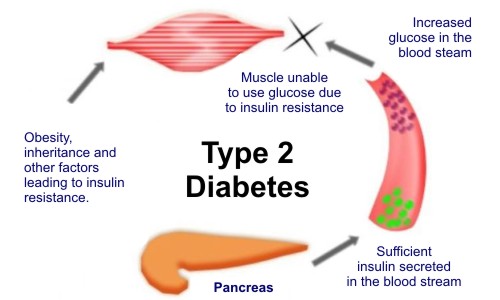 The body does not produce enough insulin for proper function, or the cells in the body do not react to insulin (insulin resistance).

Approximately 90% of all cases of diabetes worldwide are type 2.

Some people may be able to control their type 2 diabetes symptoms by losing weight, following a healthy diet, doing plenty of exercise, and monitoring their blood glucose levels. However, type 2 diabetes is typically a progressive disease - it gradually gets worse - and the patient will probably end up have to take insulin, usually in tablet form.

Overweight and obese people have a much higher risk of developing type 2 diabetes compared to those with a healthy body weight. People with a lot of visceral fat, also known as central obesity, belly fat, or abdominal obesity, are especially at risk. Being overweight/obese causes the body to release chemicals that can destabilize the body's cardiovascular and metabolic systems.

Being overweight, physically inactive and eating the wrong foods all contribute to our risk of developing type 2 diabetes. Drinking just one can of (non-diet) soda per day can raise our risk of developing type 2 diabetes by 22%, The scientists believe that the impact of sugary soft drinks on diabetes risk may be a direct one, rather than simply an influence on body weight. 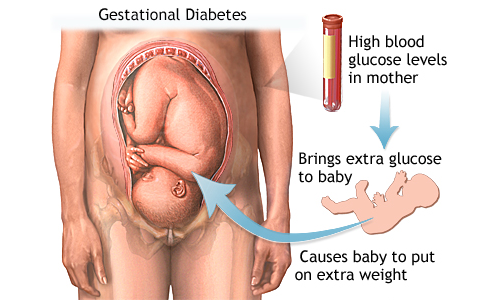 This type affects females during pregnancy. Some women have very high levels of glucose in their blood, and their bodies are unable to produce enough insulin to transport all of the glucose into their cells, resulting in progressively rising levels of glucose.

Diagnosis of gestational diabetes is made during pregnancy.

The majority of gestational diabetes patients can control their diabetes with exercise and diet. Between 10% to 20% of them will need to take some kind of blood-glucose-controlling medications. Undiagnosed or uncontrolled gestational diabetes can raise the risk of complications during childbirth. The baby may be bigger than he/she should be.